Body Love? -Body hate isn't just from the outside, rule your inner critic

So I just finished listening to Golda Pertensky's podcast on her blog www.bodywellness.com I listened to the podcast about giving yourself permission to love your body. At first I thought this was a bunch of hooey, being big isn't healthy at least that's what every doctor, coach, teacher etc. has always told me, multiple times. But after gaining back all 30 pounds I lost before I moved to Oregon, I'm open to anything that will help me get back into fighting shape. I'm not a good loser, not good at losing weight or losing the game. I have a tendency to be either obsessive or apathetic about things which I know is not healthy but that is who I am.

Listening to the podcast and all the reasons why we hate our bodies seemed all too familiar. I have always been told my body was "bad", that I was never good enough, that somehow I was subhuman because I was not a size that was convenient for others. I hadn't realized that I hated my body quite as much as I did. I've been holding back care and affection for myself (haven't posted any OOTD pics) because I believed that my body wasn't worthy of attention mine or anyone else's. I know this is true because every time Big looks at me naked and smiles, I think he's insane or that he must be imagining someone else, even faced with proof of his um...attraction, my brain still tries to find a way to make me feel bad about my body. Why?

Because we've been taught from the beginning that being different is wrong, scary and undesirable. I was relatively lucky growing up, I was somewhat liked in highschool, most people didn't bother harassing me, it was the lack of social interaction that hit me, I didn't get invited to "those" parties. No one invited me to go shopping with them at Old Navy or Gap. And no one ever danced with me at Homecoming and I never made it to my prom, by that time I'd fallen in with a bunch of misfits who were much older than I was, willing to buy me and my friends booze, I felt like it was okay because well if I was going to be an outcast, I would at least be an interesting one.

Unfortunately one bad decision usually leads to others, and they did. I got messages from every angle that I was "less than" and sometimes they were polite and subtle, like the manager at Wet Seal asking me to wear clothes from the store, when she knew none of their clothes went over a size 10 and I was 24 at the time. Other times, it was a douchey frat guy pretending to like me and then when his friends were around, making oinking noises at me while they passed in the street. So it's safe to say I've been trained pretty well to hate not just my body, but my whole personality. How many times have we heard that fat people are lazy or sloppy? I was an honors student in college, volunteered and worked two jobs, lazy was not an adjective you could use to describe me then or now.

People have this perception and I think over time I've let people's imagined perception become my reality. They believed me to be lazy, I have become lazy about my health, they think all overweight people are overeaters, I'll be the first to admit I'm an emotional eater. I know I can't be the only one, so right now I'm searching for ways to stay motivated for my goals so I'm posting them here to stay accountable, not all of them are health related but they are important to me:

Wear a bikini for the first time in my life by May 2013-for Cancun!

To post (1) photo editorial on Chubby Girl In The World a week, and not let my self-conciousness get in the way 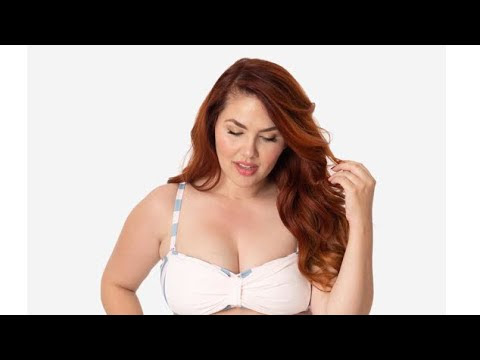