Plus Size Dating-How to not fall for the toxic bachelors 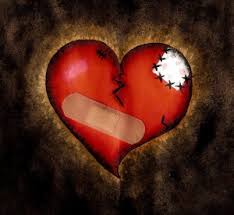 The perils of plus size dating are many, the heart break wrenching and the hurdles to having a meaninful relationship with someone who is not only accepting but genuinely attracted to you as a person is not just a plus size problem, but a woman problem. Here is a field guide to a few of the types of toxic bachelors out there and how to spot them:


The Hanger On Guy: This is the guy who is always hanging out with his more sucessful, smarter and nicer friend


s; he's the one no one really likes but they all put up with because it's fun to see what dumb or dangerous thing he'll do next. His friends are more aquaintances than best buds and none of them have ever really seen him with a girl for longer than a few weeks. He is the ultimate opportunist, if you have a high powered job, wear designer clothes and walk like you own the place, beware of the Hanger On Guy.


Why he's toxic: He may shower you with compliments, small trinkets or praise but he's after your connections not your heart. He wants to either sleep his way to where he wants to be because frankly he doesn't have the talent or dedication to do otherwise. He will insert himself parasitically in your life and in anyone's life who he deems "worth something".

Why We Fall for Him: He may be incredibly charming at first, know all the right things to say and hangs out with decent people, we often think someone's friends say a lot about a person and we are more likely to trust someone with a more socially acceptable circle.

The Fix: Let the praise fall on you, and then let it wash over you, shake hands and be absolutely clear that you are only looking for people who play on your level, he's not up to par; when he tries to invite himself over, just let him know you can't because you have to meet with your investment broker.


The Gym Trainer/Let me Fix You Guy: 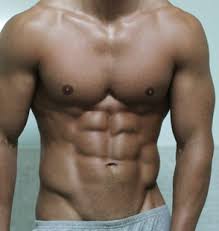 This guy intially is very supportive, very caring and he even offers to do things for you around your house. He may be very atheltic a man's man and he isn't bad at his core, he just really wants you to be the way he thinks you should. He is convinced that if you just had the right help he could form and mold you into his version of ther perfect woman or the version he thinks you want to be.


Why he's toxic: He isn't mean or shady about anything so we keep doing all the things he's asking, then one day you wake up and stick a hot poker in his eye when you come to resent him for not liking you just the way you are.

Why We fall for Him: He's the sweet, has a six pack and loves taking you on fun adventures like rafting or kayaking.

How to avoid: Make sure that you value yourself enough to be with someone who loves YOU the way you are now, the person you want to be and the person you're becoming. You can't change a man and you shouldn't have to change to have one in your life.

Obvious one, he has two cell phones and calls one the "Booty" line. He wears way too much cologne, has more hair products than you and is constantly preening. You are not the object of his affection, you are simply a semi-shiny surface to bounce his reflection off of.


Why he's toxic: He uses women like tissues and will say and do anything to get into bed with you, he will even try to make women compete for his laughable attention, don't play the game. Yes, you definitely should hate the player.

Why we fall for him: It's exciting to be with someone unattainable, romantic comedies make it seem desirable to be the woman who turns a player into a one man one, does it sometimes happen? Yes, is it likely? No.

How to avoid: Do not jump into bed too quickly unless you're not expecting to have a relationship, you can never go backwards sexually with men. Let a man show you that he can keep a promise, makes you a priority in his life and is emotionally steady enough for the kind of relationship you want, it's not just up to him, if he can't give what you want, time to find someone who can.


The Smoker/Drinker: No real explaination is needed here, this is the guy who is so stoned/drunk that he can't even get up off the couch let along maintain a job, life or relationship. He banks on a person's good will to help others and will purposely seeks out women whose pattern it is to date "project" men, steer extremely clear, these people can become down right violent. Don't be a victim of someone whose only interest in you is to take advantage of your kindess and give you nothing but grief and pain for your trouble, everyone deserve better. This guy seems like the ultimate catch, wealthy, high profile career, prestigious family/school, dresses nicely and takes you to the nicest resturants. He however, can't stand to be questioned and has no sense of humor, he's the guy you always have to explain the double entendre jokes to, not because he doesn't get them but because he won't deign to know what your low brow humor is talking about.


Why he's toxic: He's not looking for a mate, partner or equal, this is business and he's decided that you have the best ROI, he's ready to settle down and he's decided he's willing to "settle" for you. He will always buy the right gifts, the right furniture and you will always have the "right" house, but he will never say the right thing and he'll have three affairs and not understand why you're so upset when you find out because you couldn't possibly think he was in love with you did you?

The Fetishist: the creepiest of all, the person who tries to sexualize your body fat or even suggests that you gain weight. Caution these can seem normal up until a certain point, but if your date starts asking you to down pints of ice cream on camera, RUN!

Why He's toxic: He has no agenda but his own weird sexual gratification and has absolutely no regaurd for you or your feelings, worse some fetishists will encourage their plus size partners to gain a lot of weight, even to the point of immobility so their partner is completely dependent on them. Seeking that level of control over someone is irresponsible if not immoral.

How to avoid: If someone starts making overtly sexual comments regaurding fat or body mass, you know this is fetishist, the only thing to do is run the other way, no explainations needed.

He is great, loving, giving and great in bed. He cooks for you at his house, he tell you he doesn't "like resturants" or you always stay at your place on your side of town. He is always looking around to make sure no one is watching and he never, ever holds your hand.


Why he's toxic: He likes you, but he's really embarassed about what he's friends will say if they knew he was dating you, he has low self esteem and projects that onto you. Your heart will fall into your stomach the first time he introduces you as his "friend" to an aquaintance you accidentally bump into even though you've been dating for 6 months.

How to avoid: though the secrecy might be titillating at first, no matter what "good" reason he has for keeping your relationship secret will eventually not be good enough in your eyes. You deserve to be on the arm of someone who thinks you're the Cat's Pajamas and doesn't give one hoot about what anyone else thinks, someone who is proud to show you off to their friends and family because you're fabulous.

These are just some of the toxic bachelor types out there and there are innumerable variations, and yes I've dated all of these, it wasn't until after I'd been through the wringer with all of them I was able to recognize the signs of a good relationship, trust, communication, laughter, understanding, someone who called and texted me throughout the day just to let me know he was thinking about me. Every woman deserves someone in her life who loves her without question, limitation or condition, and every woman will have that once every woman demands it.